MADRID, SPAIN - NOVEMBER 21: (EDITORS NOTE: This image contains nudity.) FEMEN activist with body painting reading ’Stop 20N’ and ‘To fascism neither glory nor forgiveness’ as they hold a banner reading ’Honor the victims. Illegalize Fascism.’ as they protest against a rally commemorating the 46th anniversary of Spain's former dictator General Francisco Franco's death at Plaza de Oriente on November 21, 2021 in Madrid, Spain. General Francisco Franco Bahamonde was the Dictator of Spain from 1939, after the end of the Spanish Civil War, until his death in 1975. His Fascist regime was supported by Nazi Germany and Mussolini in Italy. (Photo by Pablo Blazquez Dominguez) 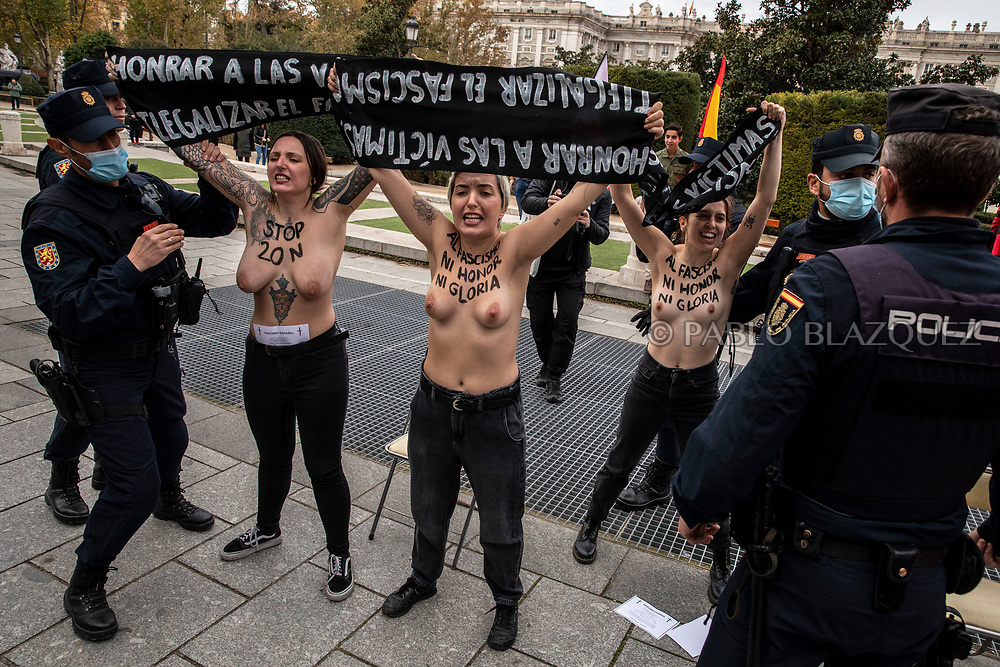